*********************************************
Great night last night with the ever popular Declan Gaynor. There were loads of new songs, a very varied programme which was enjoyed by all. We thank everyone, once again, for creating such an atmosphere and travelling distances to support us. Very true that it takes people like you…,,,,,,,,,,,,, Great to see Roy recovering from his recent problem. Happy birthday this week to him, Jim , Scan and Betty. Together with me we are a great bunch of Capricorn’s ( or old goats). Look forward to seeing everyone again on Feb 8th for Darren Jones. 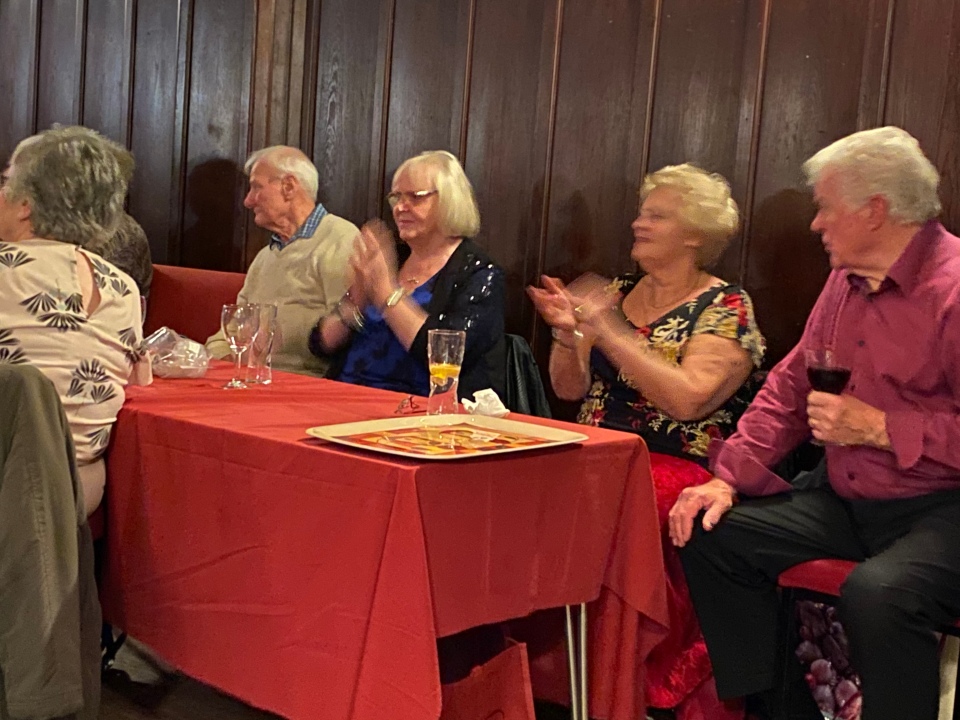 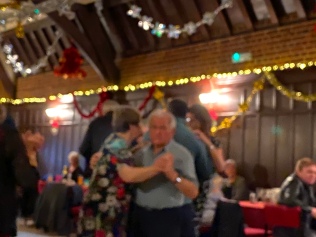 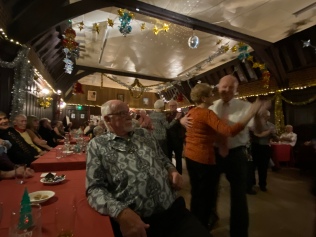 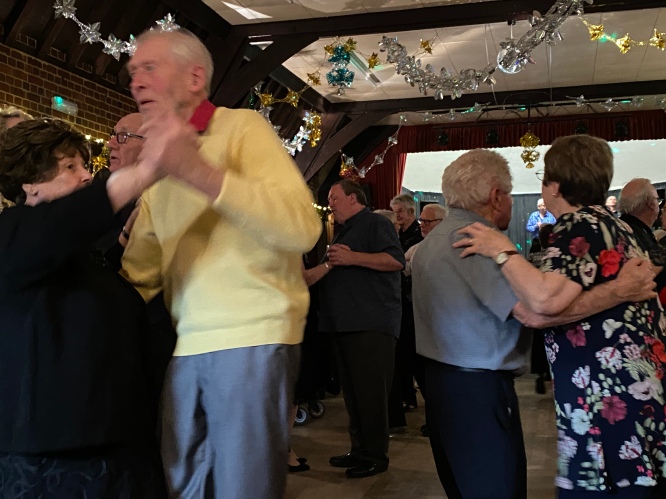 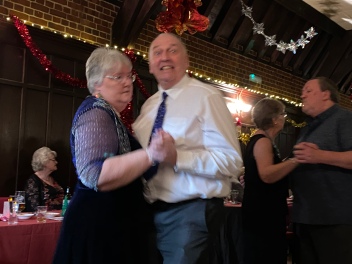 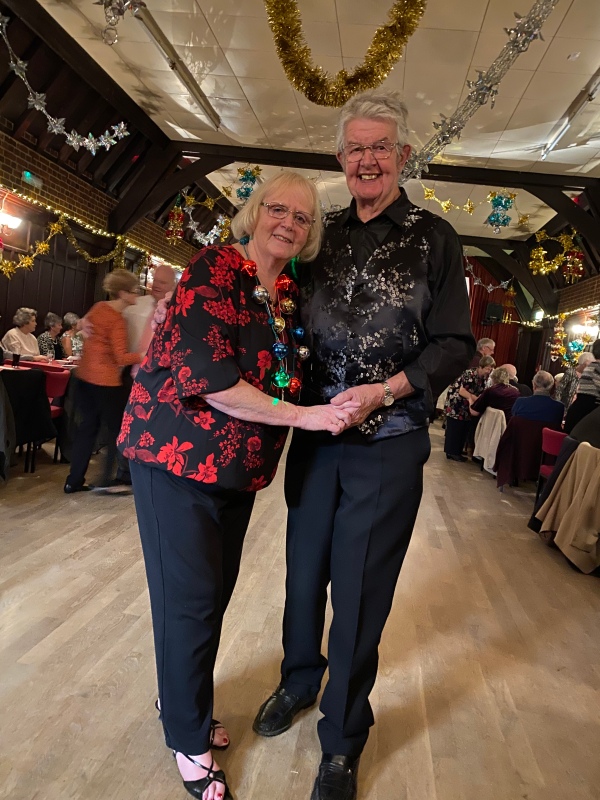 What a way to end the year, a hall full of people enjoying themselves dancing and listening to the brilliant music of Pat Jordan & Finians Rainow. It was a truly amazing night and always a treat to see a good crowd. Pat sang lovely Christmas songs as well as a good mix of favourites. Steve was in good voice and we can always rely on Keiran for great keyboards. We send our best wishes to those who are ill and our specials thoughts are with Fred and Gaynor.

A very Merry Christmas to each and everyone and we look forward to seeing you all in a happy and healthy New Year.

Thank you for your support.

*******************
Johnny Marks at Nettlebed. A reasonable crowd were treated to lots of different songs, the dance floor was busy and Johnny had difficulty leaving the stage. Thanks John for such a varied repertoire, we look forward to seeing you soon.

A terrific night last night at Nettlebed with PETE BRAZIL. Two years since he went solo and has gone from strength to strength. We are very proud that he chose Nettlebed to launch his brand new CD, “Making Tracks”, his first solo recording. Sixteen brilliant tracks, we are sure everyone will be thrilled with it. It was good to see a nice crowd although numbers were affected by illness and we send our best wishes to all who are poorly, you certainly missed a storming night. Pete sang several songs from the new CD as well as old favourites and by the time he did his great version of  Athenry the place was really rocking. Finishing with Rocking All Over the World everyone was sent home on a real high. He announced his retirement at the end of 2020 and said he would be playing New Years Eve 2020 for us. That should be a  cracking night with, I’m sure, a lot of nostalgia. No,  tickets are not yet available but watch this space!!

Thanks Pete, we look forward to seeing you in Bournemouth where we are sold out and waiting for yet more great times.

Shawn Cuddy pulled all the stops out last night at Nettlebed and gave a superb night to a large crowd. How great to see the hall full up and everyone thoroughly enjoying themselves. The atmosphere was truly electric and the dance floor was full all night. We welcomed folk from London, Luton, Swindon, Bournemouth, Southampton, Hull, Richmond Yorkshire ,West Midlands, Oxford, Andover, Melksham, lovely to see new faces. Congratulations to Paul and Lynda on their Ruby Wedding. It was good to see Nite back again, not up to 100 per cent but, hopefully, a night out will help get there.

Thanks to Shawn , Mark, Johnny and all of you for a smashing night.

Look forward to the next gig, Cole Jackson, on September 14th. 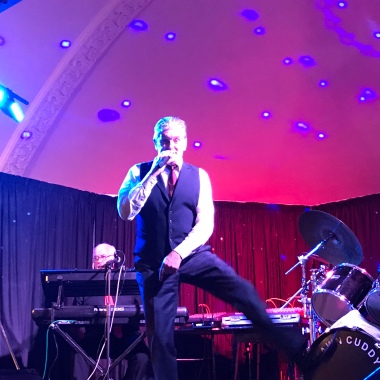 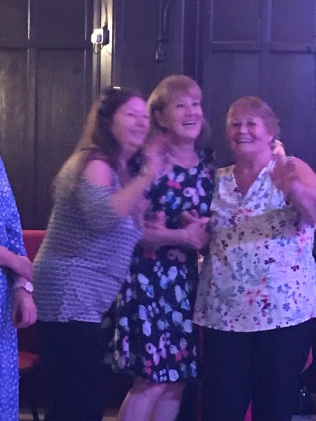 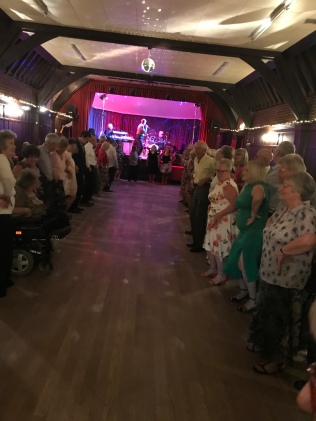 What a great night we had last night with Liam McLaughlin with an added bonus of his brother Brendan coming along too. Thankfully we had a good crowd who thoroughly enjoyed the evening. They played a good variation of country and Irish with a sprinkle of rock and roll. The dance floor was full all night which was a pleasure to see. Through each interval they both walked around the hall and spoke to everyone which is always a nice touch. Thank you so much Liam and Brendan for doing such a good job and thanks to everyone for turning out and restoring our faith. We so want to keep our little Club going, with 38 years under our belt we are one of the longest clubs around, let’s keep it this way. We missed Nite and Malcolm, Nite having had a fall we wish her a speedy recovery. Also Fred and Suzanne not well enough to come, we wish you well too and hope to see you soon. 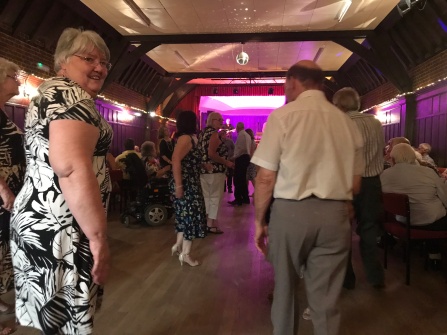 We had a lovely night last night, Bonnie Diamond and David were on top form. Only trouble was we probably had the smallest “crowd” in all the 38 years we have been running. Thankfully the 28 of us there thoroughly enjoyed the evening and Bonnie suggested quality was better than quantity but it doesn’t pay the expenses. We still try to keep going but it’s tough! June and Mark were celebrating their birthdays and on Friday Jimmy and Sandy are celebrating their Golden Wedding Anniversary, our congratulations to them and thanks for their continued support.

Dave Sheriff came to Nettlebed last night to a crowded hall and what a night we all had. Dave sang lots of his new songs and lots of the old favourites. The cowboy singalongs are always so popular but then, too, are all of his material new or old. What delight to see so many folk in, it certainly restores the faith. The dance floor was heaving and it was like the old days, please come along when you can and keep this Club going. Good to see Jack and Muriel from London who obviously think the journey worthwhile. There were several new faces, we hope they thought so too.

Roger joined Dave for the ever popular “Best of Friends” 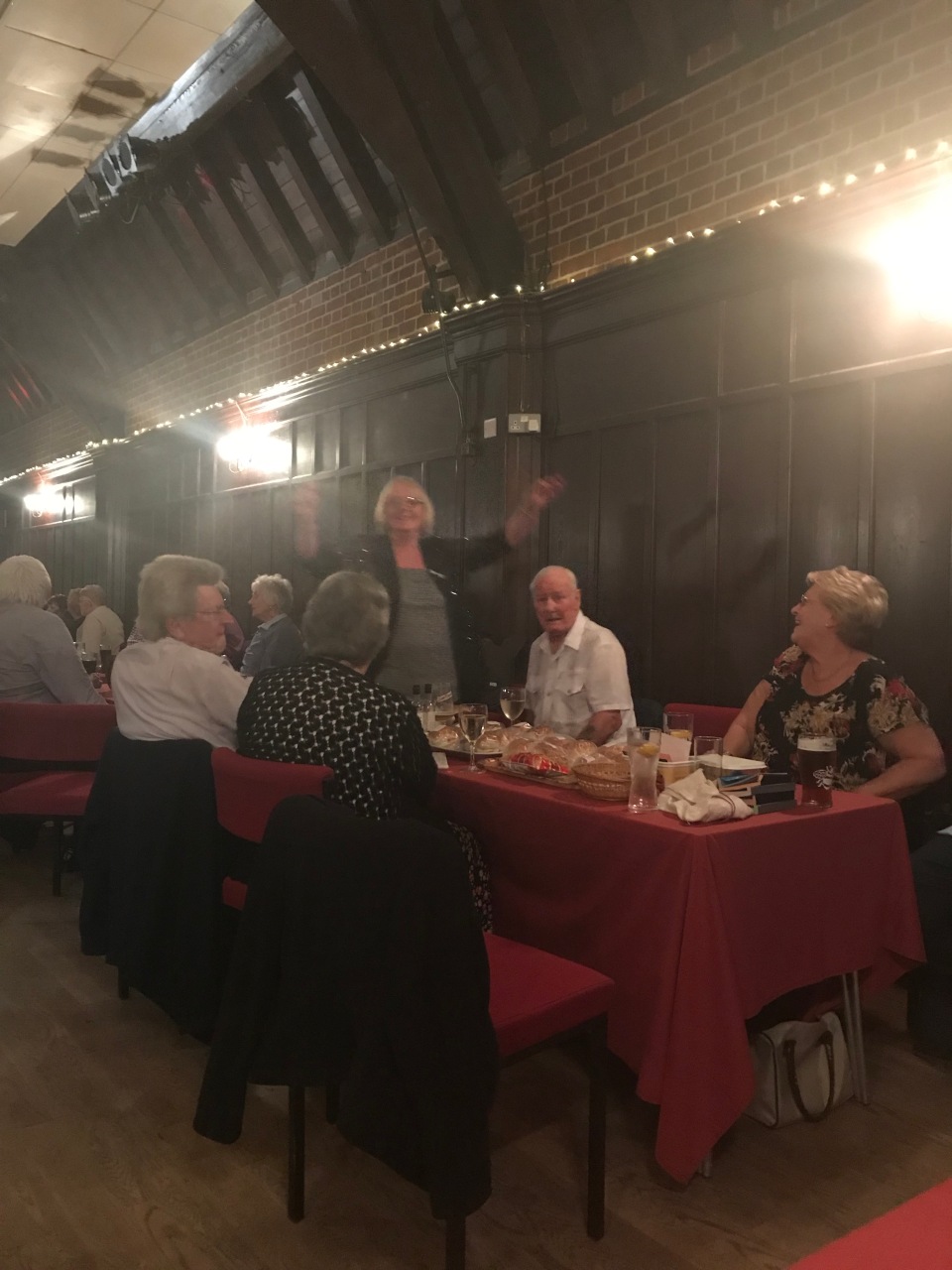 We always expect a great night with Pete Brazil and last night was no exception. He really is such a great performer who can lift the crowd to the highest. What a treat to see a full hall for a change with fans having travelled miles from Birmingham, Northampton, Aylesbury, Stevenage, High Wycombe, Andover and West Moors (Bournemouth) to name a few. Pete did several of his new songs which were well received, but the old Okie and Red Rose Cafe together with Athenry brought the house down. Three encores said it all. Thanks Pete, look forward to the next one in October. Next month, May 11th we have the very talented Dave Sheriff on stage, let’s hope we get a crowd again and keep this friendly club going. 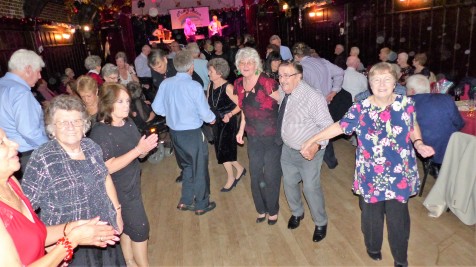 We hold our monthly gigs at Nettlebed Village Club, usually on the second Saturday of each month. The Club can be found on the main A4130 between Henley-on-Thames and Oxford. The postcode is RG9 5DD We have a great purpose made dance floor and an atmosphere second to none. Scroll down for our 2020 gig list.

Come along and enjoy dancing or just listening, you’ll not be disappointed.

Due to cancellation by Steve Cherelle

we have Declan Gaynor in January 11th